Required cookies are essential to let you move around the website and use its features, such as accessing secure areas, shopping baskets and online billing. These cookies allow our website to provide services at your request.

Functionality cookies are used to remember the choices you make, e.g. your user name, log in details and language preferences. They also remember any customisations you make to the website to give you enhanced, more personal features.

Targeting cookies collect information about your browsing habits to deliver adverts which are more relevant to you and your interests. They also measure the effectiveness of advertising campaigns.

This site uses cookies and related technologies for site operation, analytics and third party advertising purposes as described in our Privacy and Data Processing Policy. You may choose to consent to our use of these technologies, or further manage your preferences. To opt-out of sharing with third parties information related to these technologies, select "Manage Settings" or submit a Do Not Sell My Personal Information request.

A leading south coast motor group has expanded its reach into Dorset. The Peter Cooper Motor Group has announced it has acquired top rated used car operation, Think Cars, in Bransgore, near Christchurch.

Despite the current economic outlook, The Peter Cooper Motor Group looks to strengthen its footings as one of the largest independent motor retailers on the South coast as it adds a new car franchise, SsangYong, to its operation as well as a successful used car operation.

Similar to The Peter Cooper Motor Group, Think Cars also runs a successful prestige cars business from the site accounting for over 80 per cent of its 750 yearly sales.

Think Cars has established itself over the last 10 years as a business selling cars of all makes and models with an ability to source whatever car their customers demand. It is not uncommon to see a top of the range Aston Martin, Porsche, Range Rover, Caterham and a McLaren on the forecourt at Think Cars.

All 12 staff, including Kristian Robinson, managing director of Think Cars, will be retained by the Group after the acquisition. Kristian will move into a wider group buying role as well as continue to be hands on at Think Cars to maintain continuity.

The Peter Cooper Motor Group, who employs 245 staff and reported a turnover of nearly £100M in 2019, operates Volkswagen dealerships in Southampton, Hedge End, Portsmouth and Chichester and a body repair centre in Bognor Regis. It also owns and runs the successful Prestige Cars in Hedge End on its former site at Peter Cooper roundabout as well as Peter Cooper Leasing which sells new vehicles of all makes.

Darren Cooper, managing director of the Peter Cooper Motor Group, considers this acquisition to be vital in the company’s longer-term strategy with Think Cars adding around £14m in turnover.

Darren said: “This is an extremely important acquisition for the Peter Cooper Motor Group and will not only expand our influence within the regional automotive industry but also our geographical reach to the outskirts of Dorset.

“Think Cars is a very strong and stable business and like our businesses, is much loved by its customers. Both businesses share the same family ethos and ambition which is focused on excellent customer care.

“SsangYong as a SUV car manufacturer is becoming stronger in the market place and we are delighted to have this brand on board as part of the group. We aim to continue the great work that Think Cars does for its local community and also to bring our aftersales skills with Volkswagen to their doorsteps as well.

“Kristian has developed a wealth of experience in used car acquisition and also runs a successful service operation for all makes of vehicle. He will continue to support Think Cars and our other used car sites across the Group with our existing teams.”

Kristian Robinson added: “This acquisition is a great fit for Think Cars and our staff. I’ve long admired The Peter Cooper Motor Group for its business performance, customer service ethos and strategic position in the market. As part of our successful business we have carved out a niche for bespoke cars and I know our customers will welcome this acquisition and I look forward to seeing it grow as part of the Peter Cooper Motor Group.” 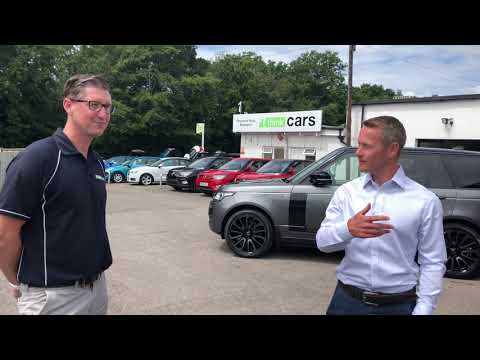 Company Info
Back to Top
Coopers Roundabout, Botley Road, Southampton, United Kingdom, SO30 2WA
Reg Office: The Peter Cooper Motor Group Limited, Coopers Roundabout, Botley Road, Hedge End, Southampton, Hampshire, SO30 2WA
Reg. Company Number: 1588003
VAT Reg. No. GB 568 6459 82
FINANCIAL DISCLOSURE Peter Cooper Motor Group Limited are a credit broker and not a lender. We are Authorised and Regulated by the Financial Conduct Authority. FCA No: 309645. Finance is Subject to status. Other offers may be available but cannot be used in conjunction with this offer. We work with a number of carefully selected credit providers who may be able to offer you finance for your purchase.
Registered in England & Wales: 01588003
Registered Office: Address: Botley Road, Hedge End, Southampton, SO30 2WA
Data Protection No: Z6360104
Back
Vehicle Valuation
Compare Saved Vehicles
Top
Close